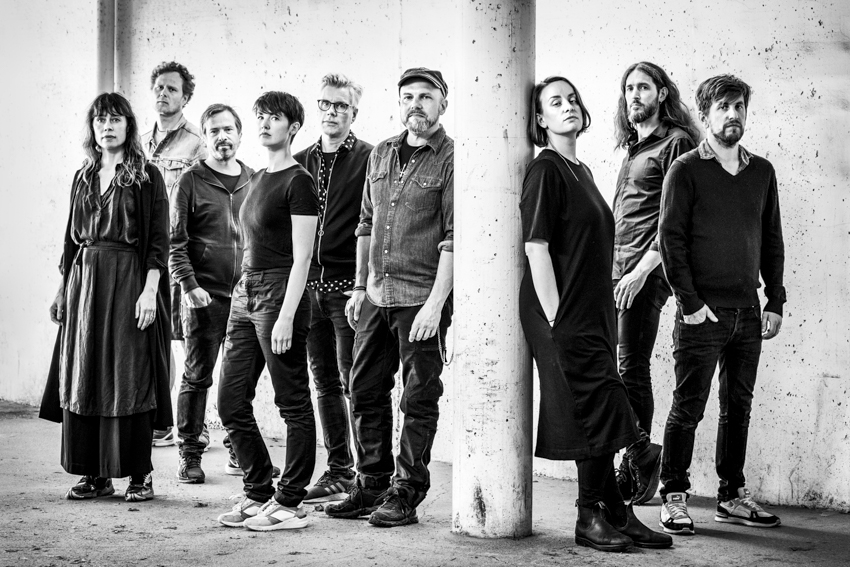 Thymeshift United gathers some of the more interesting improvisers from Sweden/Norway under one flag. Based on the core of Thymeshift (Backman/Björklund/Gunillasson/Lönnmyr) this extended unit explore rhythm, interplay and experimental, groovy music in a really fresh way.

The musical collective of Thymeshift are now expanding the term ”big band music”. Carefully selected guests/composers are invited to join the universe of Thymeshift to create a powerful and enchanting music that reflects the times of today.
Since the start in 2010 Thymeshift has been treading the borderlands between rock/jazz/electronica.Together with Icelandic guitarist Hilmar Jensson the group released the album ”Beyond Horizons” in 2015 and the latest release ”Dark Lights” 2021 concluded their collaboration with Danish keyboardist Katrine Amsler. The latest incarnation of Thymeshift includes keyboard player John Lönnmyr who also is a important part of Thymeshift United.

In 2019 the idea of putting together a larger band with selected favorite players came about. With support from Musikverket, the project became reality in October 2020 in the midst of the pandemic, but before the restrictions fully kicked in.The repertoire of the band was revitalized with a different feel. Added to that, the new members brought their own tunes which created a dynamic and unique sound where the sum became larger than its parts. The band performed a tour in Sweden which was concluded by an intense day at Svenska Grammofonstudion in Gothenburg.

This resulted in the bands first record ”Music Outside Boxes” that was released October 2021 on Imogena Records.
Due to to the Covid-19 pandemic, there was no release tour or live gigs at all but in the fall 2022 the band gathers again and make a few selected performances in Sweden.