November 2017 will see the release of two projects I have been working  with for a couple of years. 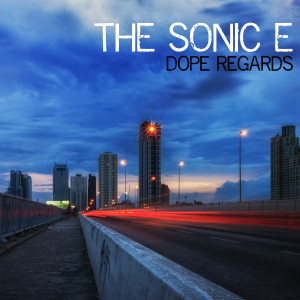 In the fall of 2014, the Swedish Improrockjazzoutfit Thymeshift merged with DJ/bassist/producer Jonas Färnlöf under the name of The Sonic E to explore and to some extent wipe out computer/human boundaries in a creative music creation process. Synchronized computers, venturous improvisations and innovative outsidetheboxthinking. The band worked intensively during the year and met regularly at Jonas cabin/studio in Västerås (not to be confused with Westeros) to test, develop and customize the music. The live-premiere took place in April 2015 and the band played half a dozen concerts before they went into Studio Västerås and immortalized it all. The recorded part of the project has been slowly matured and processed leading to this final result.

The Sonic E proudly presents: ”Dope Regards”. Don’t be squared…be Grabbed from Beyond!

15 november: Parallel Activity – Rubicon (Imogena IGCD151)
Four strong individuals with broad and varied musical backgrounds forms this eclectic group.
Together they create an genre crossing music that spans from heavy riff-based songs to lyrical and
delicate ballads. Strong compositions and expressive improvisations live in nice symbiosis.
Playfulness and relaxation exist all the time in the groups musical creations, even at its most powerful
and intense moments.

The Gothenburg-based group consists of
Carl Svensson and Erik Ivarsson on guitars, which with their different styles of playing create a wide
and varied palette of sounds, rhythms and moods.
Alfred Lorinius on the bass and Johan Björklund on drums form a very powerful, dynamic and creative
rhythm section that complements the group in a great and totally unique way.

The music can be associated with the minimalist and ambient soundscapes of Bill Frisell as well
as Allman Brothers Band or 70´s phsycadelic rock.
Instrumental jazz-rock meets lyrical, northern sounds and melodies.
Someone at a concert heard an instrumental version of Fleetwood Mac.
The ear of the listener decides…